Photo of the month: Crews from New Brickington Rescue 1 and Brickington Squad 55 rush a patient to an awaiting ambulance. 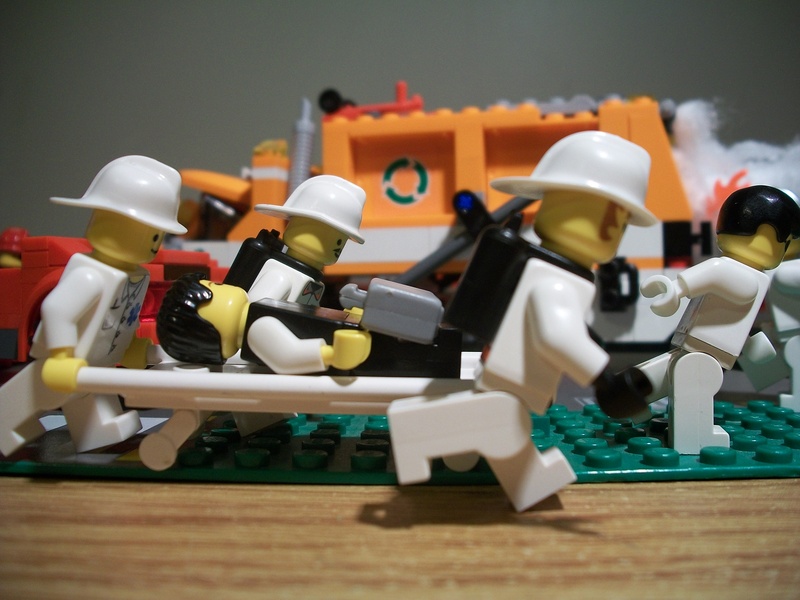 The fire department offers fire protection, fire education, motor vehicle extrication, hazardous waste spills, urban search and rescue, water rescue, and first responder service. NBFD has three separate shifts of firefighters, who work 24 hours, and then get 48 hours off, with the shift starting and ending at 8:00am. The department is commanded by a Fire Chief who is responsible for the day to day operations of the department and commanding fire operations at large incidents. Under the supervision of the Fire Chief there is an Assistant Chief and the Battalion Chiefs.

New Brickington Fire/Rescue is a proud member of the Lego Metro Fire District as Station 89!

New Brickington Fire/Rescue is a proud member of Sixby Fire.